The majority of recent DDoS attacks utilize source address spoofing techniques. These spoofed DDos attacks complicate mitigation efforts and hide the IP address of the originating system. It happens with TCP SYN floods as well as UDP amplification and reflection attacks. This post was created to raise awareness on the existence of best practices to prevent address spoofing. Administrators of networks connected to the Internet are urged to implement ingress filtering according to BCP 38 and RFC 3704 to prohibit the abuse of internal devices to generate spoofed packets. 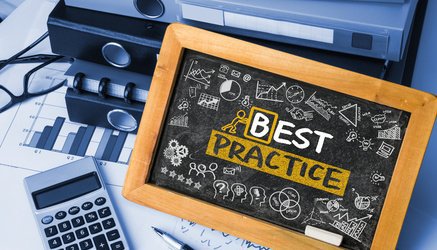 DDoS attacks, as the name suggests, originate from multiple devices distributed around the Internet. Packets traversing IP networks contain a header with source and destination addresses. In spoofed DDoS attacks, source addresses are modified on purpose to point to something other than the originating device. The receiving party is fooled to believe that replies must be sent to the spoofed address. Therefore, the real address of the attacker can’t be discovered.

Network administrators must enforce policies to only allow packets with legitimate source addresses to enter the Internet. This rule applies to ingress (input) traffic to border routers. Restrictions should enforce that only traffic originating from addresses assigned to the network or networks directly connected to border router interfaces is forwarded.

For example, suppose ISP A (Internet Service Provider) runs router R1 connected to the Internet on its interface f0/0 and customer X is connected to interface f1/0 with an assigned IP address range x.y.z.0/24. Traffic originating from customer X is ingress to router R1 and only packets arriving at interface f1/0 with source addresses in the range x.y.z.0/24 should be forwarded. Packets containing any other source address should be dropped on that interface, not forwarded.

It is important to drop packets, instead of blocking them, to avoid producing additional traffic by the router back to the originating network segment.

RFCs and BCPs are formal documents published by the IETF (Internet Engineering Task Force). The acronym RFC means Request For Comments. These documents describe specifications, protocols, procedures and events and are the result of committee drafting and subsequent reviews by interested parties. A designation is assigned to each RFC from the following options: informational experimental, best current practice, historic or unknown. Some informational RFCs become Internet standards and further modifications are only allowed as a new document that obsoletes the previous one. RFCs with status best current practice are referred to as BCPs.

The first RFC was published in April, 7 1969 by Steve Crocker to archive notes related to the development of ARPANET.

BCP documents receive two numbers, one as a RFC and another one as a Best Current Practice. For example, BCP 38 is also RFC 2827. BCPs describe guidelines, processes, methods and other subjects not suitable for a standard. As of this writing, the last BCP is 205 from July 2016.

All providers of Internet connectivity, operating or not an AS (Autonomous Systems), are highly urged to implement ingress filtering mechanisms according to BCP 38 and RFC 3704 to prohibit attackers from using forged source addresses.

There are distinct methods to implement ingress filtering in a network. The choice must be based on the topology and the advantages and disadvantages of each deployment option.

The following additional scenarios must be taken into account when implementing BCP 38 or mitigating DDoS attacks:

Malware Patrol offers a wide variety of threat intelligence feeds for use within organizations of all sizes and industries, including a real-time feed of amplification and reflection DDoS attacks that have happened in the last 24 hours. We verify our feeds constantly – every hour in most cases – to ensure they contain only actionable indicators that protect our customers against malware infections and data breaches.

For ease of use, we format the feeds for compatibility with the most popular security tools and platforms. To learn more or to request a free evaluation, you can contact us and our cybersecurity experts will get in touch with you.